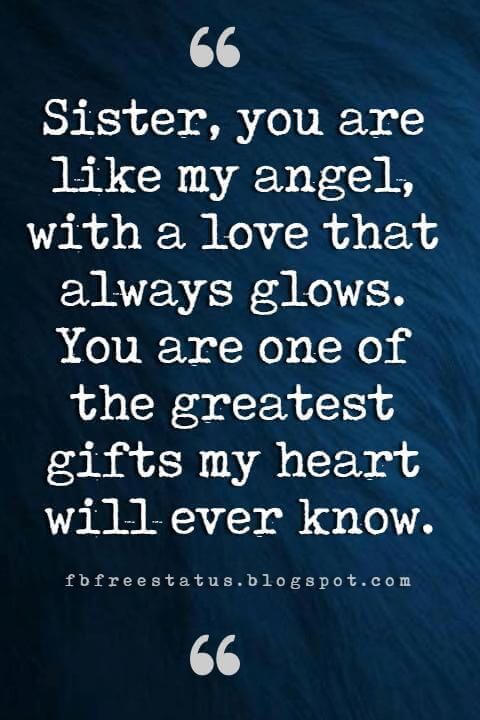 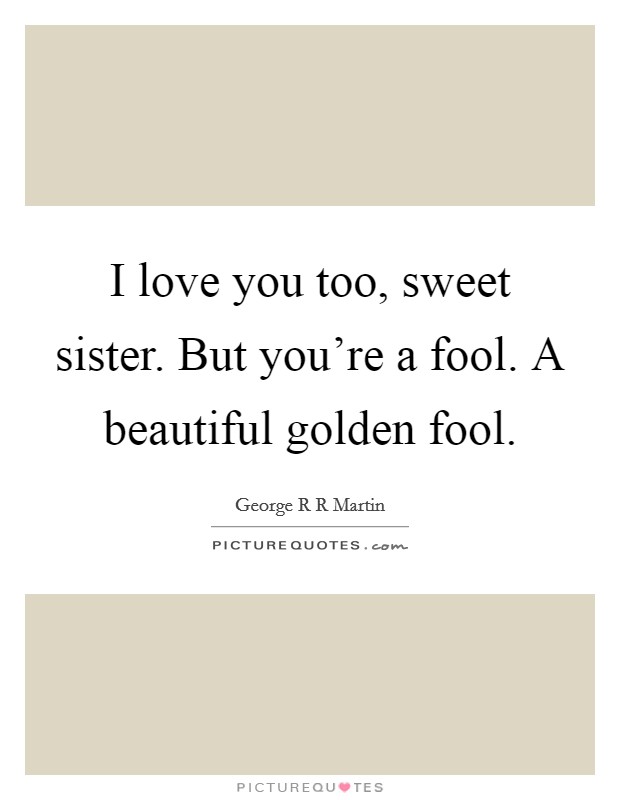 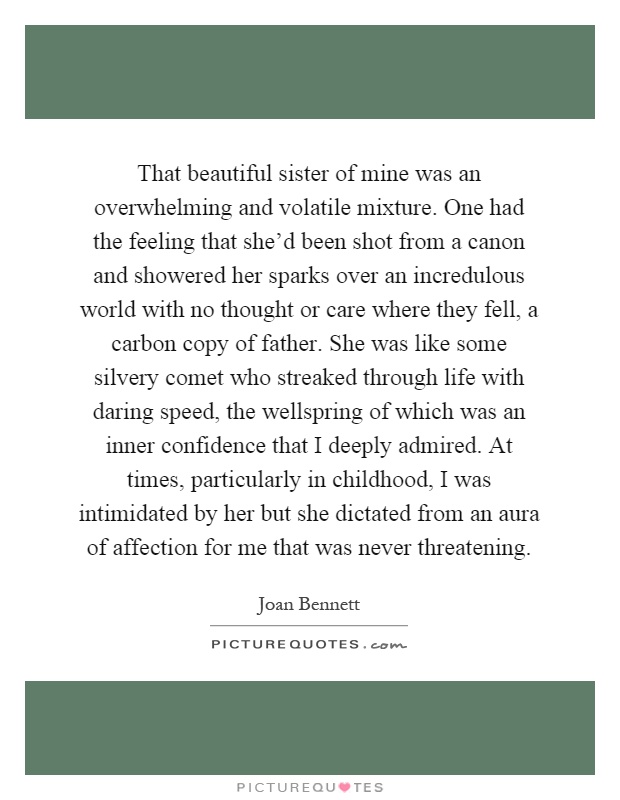 That beautiful sister of mine was an overwhelming and volatile mixture. One had the feeling that she’d been shot from a canon and showered her sparks over an incredulous world with no thought or care where they fell, a carbon copy of father. She was like some silvery comet who streaked through life with daring speed, the wellspring of which was an inner confidence that I deeply admired. At times, particularly in childhood, I was intimidated by her but she dictated from an aura of affection for me that was never threatening. – Joan Bennett

Picture With Quotes Submitted By Magnani. Submit your Own Quotes.