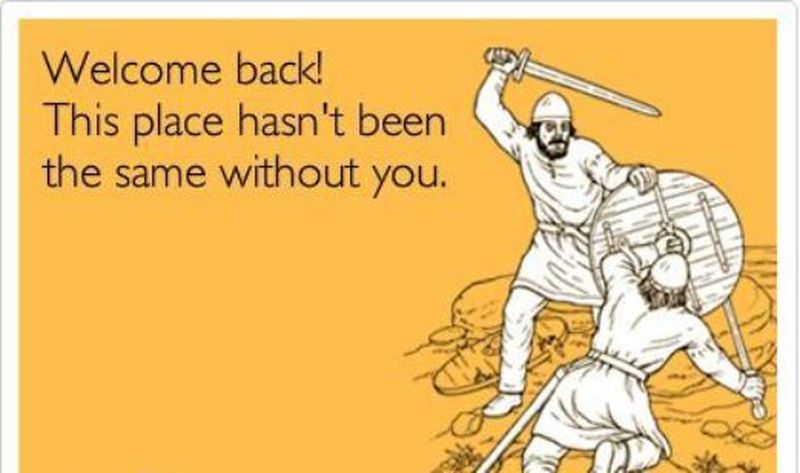 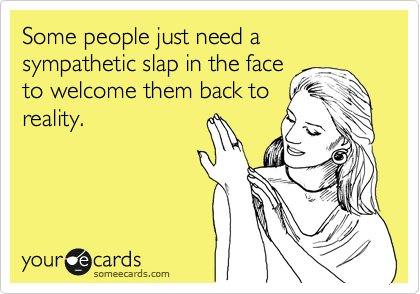 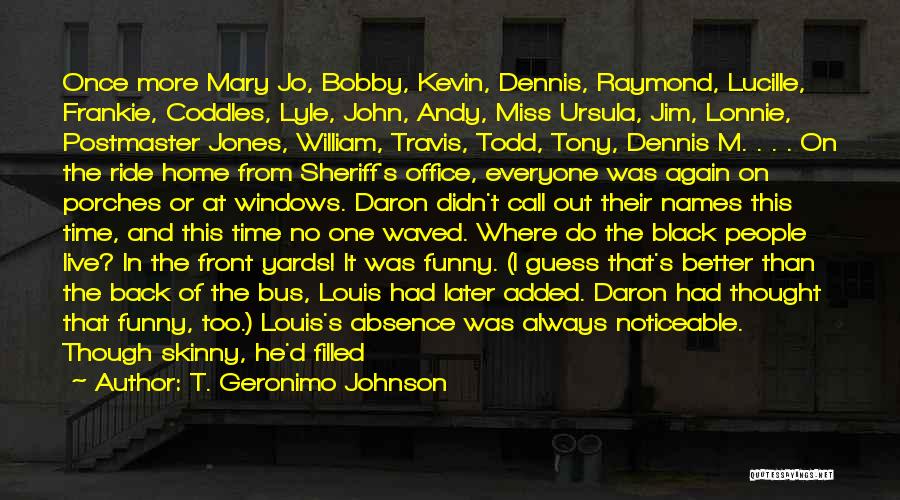 Once more Mary Jo, Bobby, Kevin, Dennis, Raymond, Lucille, Frankie, Coddles, Lyle, John, Andy, Miss Ursula, Jim, Lonnie, Postmaster Jones, William, Travis, Todd, Tony, Dennis M. . . . On the ride home from Sheriff’s office, everyone was again on porches or at windows. Daron didn’t call out their names this time, and this time no one waved. Where do the black people live? In the front yards! It was funny. (I guess that’s better than the back of the bus, Louis had later added. Daron had thought that funny, too.) Louis’s absence was always noticeable. Though skinny, he’d filled space like a fat man on a crowded elevator, except a welcome addition, not someone who provoked strangers to regard each other with situational solidarity. He had, in fact, induced people to regard each other with suspicion, to question the known. — T. Geronimo Johnson

Picture With Quotes Submitted By Scheiber. Submit your Own Quotes.