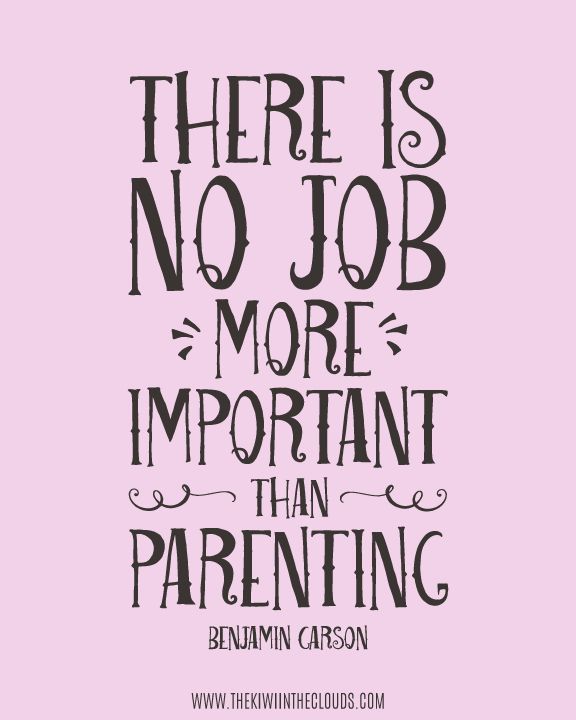 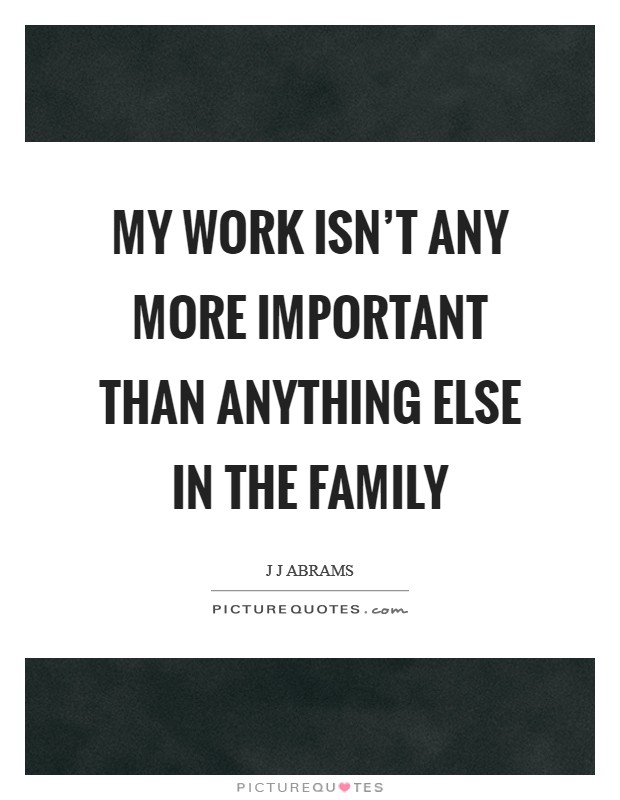 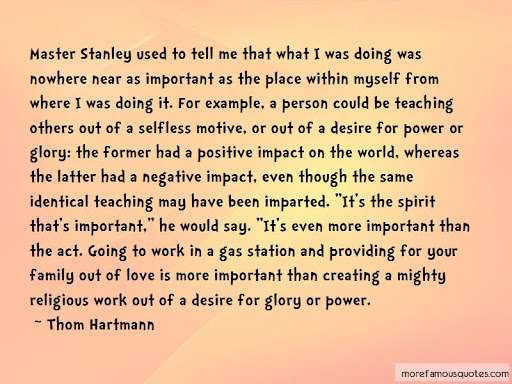 “Master Stanley used to tell me that what I was doing was nowhere near as important as the place within myself from where I was doing it. For example, a person could be teaching others out of a selfless motive, or out of a desire for power or glory: the former had a positive impact on the world, whereas the latter had a negative impact, even though the same identical teaching may have been imparted. “Its the spirit that’s important,” he would say. “Its even more important than the act. Going to work in a gas station and providing for your family out of love is more important than creating a mighty religious work out of a desire for glory or power.” — Thom Hartmann

Picture With Quotes Submitted By Caperton. Submit your Own Quotes.